The only YPP Senator Dr Patrick Ifeanyi Ubah (CEO capital oil and gas) and his Journey to the Ninth Senate.

Ifeanyi Ubah and his Journey to the Ninth Senate.

Senator-Eelect, Dr. Patrick Ifeanyi Ubah, a tireless campaigner, motivated by the vision to serve his people, after many attempts, finally emerged the winner of the just concluded 2019 Anambra South Senatorial District Election which was a fierce and one of the toughest elections particularly in the State and Nigeria in general. No one believed Dr. Ubah could win with The Young Progressive Party (YPP) that was registered recently by the Independent National Electoral Commission (INEC).

Dr. Ubah contested to govern his dear State Anambra in 2013 on the platform of the Labour Party (LP). After the election that was widely believed to be marred by irregularities, he came third according to the announced result. Later, he became the most sought after politician after running one of the most innovative, creative and rigorous campaign in 2013. This was proven with the invitation by the then President Goodluck Ebele Jonathan of the Peoples Democratic Party (PDP) who wanted him to be among the leaders of his Presidential campaign team. Dr. Ubah was made Director of Contact and Mobilization, and consequently, he single-handedly injected over 10billion naira through his Non-governmental Organization, the Transformation Ambassadors of Nigeria (TAN) to campaign and hold rallies for PDP in all the 774 local governments of Federal Republic of Nigeria.

TAN undoubtedly was believed to have provided over 70% feasibility and acceptability to the party’s candidates. In 2017, again, Dr. Ubah’s mandate was thwarted by the PDP cabals, who never wanted him to consolidate his vision in promoting human capital development. The PDP Governoship Primaries of 2017 was in fact, one of the most fraudulent party primaries in the history of Nigeria.

It was His Excellency, Gov. Willie M. Obiano, Sen. Victor Umeh and Sir. Victor Oye that pleaded with Dr. Ubah to come on board and help APGA win the governor’s re-election bid. Without much time, Dr. Ubah championed AfaIgboEfuna (a socio-political movement), injected his personal funds and all other campaign materials to campaign and hold rallies for APGA in 2017 which became a huge success. It is on record that Governor Obiano visited Ifeanyi Ubah International Stadium three times within four days in a bid to fully secure the hearts of voters. After Governor Obiano won his re-election bid in 2017 tagged “21 over 21” through the help of Dr. Ubah’s capacity, he headed and supervised the disqualification of Dr. Ubah in 2018, about 48 hours to the APGA primaries which would have given him the APGA ticket to contest for the Anambra South Senatorial District in the 2019 general election.

The 2019 General elections had come and gone, and against all odds, Dr. Ubah has emerged the winner with over 87,000 votes. His goodwill, philanthropic gestures and selflessness made his win a well-deserved victory, first for the good people of Anambra South who had been shortchanged by past representatives for decades and secondly, for Nigerians in general who will witness a new dawn in quality legislation that will impact positively on the lives of the masses. Indeed, Senator-Eelect Dr. Ifeanyi Ubah has come to rescue the Igbo nation.

To be exact, Dr. Ifeanyi Ubah polled a total of 87,081 votes to defeat his closest rival, Chris Uba of the PDP who amassed 52,462 votes, and Nicholas Ukachukwu of APGA who had 51,269 votes. Andy Uba, the incumbent senator recorded a meagre 13,245 votes. On his way to this historic victory, Dr. Ifeanyi Ubah defeated the Uba brothers in their wards and Local Government, Aguata. He also amassed an overwhelming 28,101 votes in Nnewi North with his closest rival, Chris Uba of PDP recording just 5,849 votes. He also won in Ekwusigo LGA and Orumba South Local Governments making it 4 LGAs out of the 7 LGAs which make up Anambra South Senatorial District and that proved that he won convincingly with a margin of 35,000 votes.

Smiles, tears of joy and wild jubilations abound all over the nation regarding his victory. It is a testament that Nigerians were longing to see the likes of Ifeanyi Ubah in the Senate

Indeed, Dr. Ifeanyi Ubah will perform and outperform the previous legislators from his district because he is people oriented. He will set a new standard in legislation and prove to his people and the world that he is really an achiever in all ramifications.

Ifeanyi Ubahs political trajectories are just beginning to gather positive momentum as he is driven by a burden to see a new Nigeria where Ndi Igbo economy will be rejuvenated again. This does not mean that he stands only with the Igbo nation. On the contrary, Dr. Ubah believes strongly that a push in Igbo economy is a great push to the Nigerian economy owing to the contributions of Igbos to the nations GDP. Let us all keep our fingers crossed and pray for this incoming senator to achieve giant strides for his people and the nation at large.

As we await the official Inauguration of the Nigeria’s Ninth Senate, may we recall that Dr. Ubah was yesterday formally presented with his Certificate of Return by the Independent National Electoral Commission (INEC) alongside other Senators-Elect. 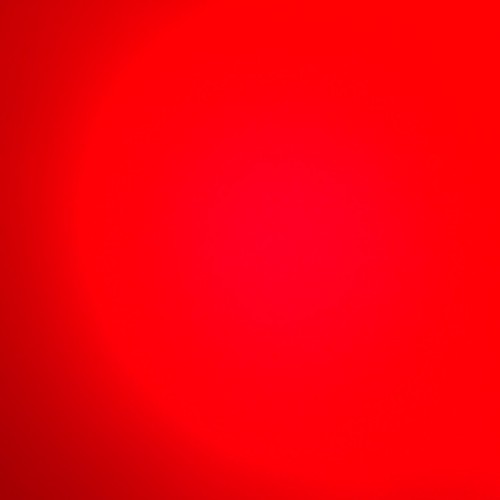