According to a statement by INEC the list contains the names of those who will be presented certificates of return on Thursday 14th March 2019.

The list which had a provision for 109 slots, had some names omitted with various remarks as to the reason for the omission.

Very notable of those whose names were omitted, was the name of Governor Rochas Okorocha who ran and reportedly won the race for Imo West Senatorial district.

At the space provided for a remark, the electoral umpire noted that the results of the district were announced under duress.

It remains uncertain what fate awaits the governor on and after Certificates of Return are given to the newly elected Senators. 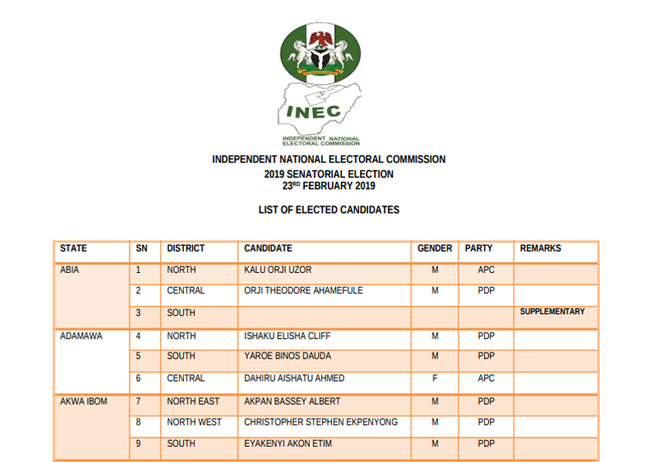 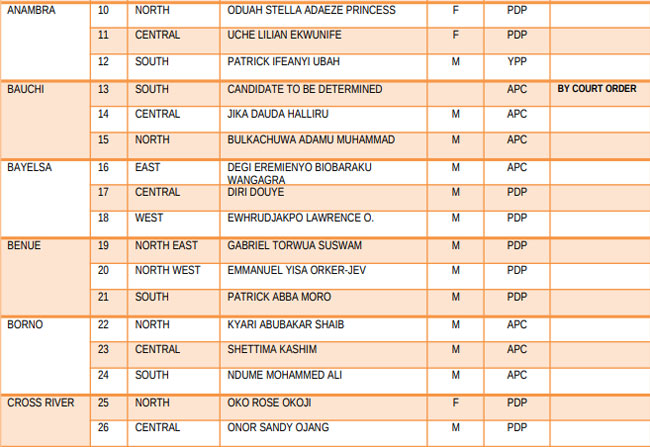 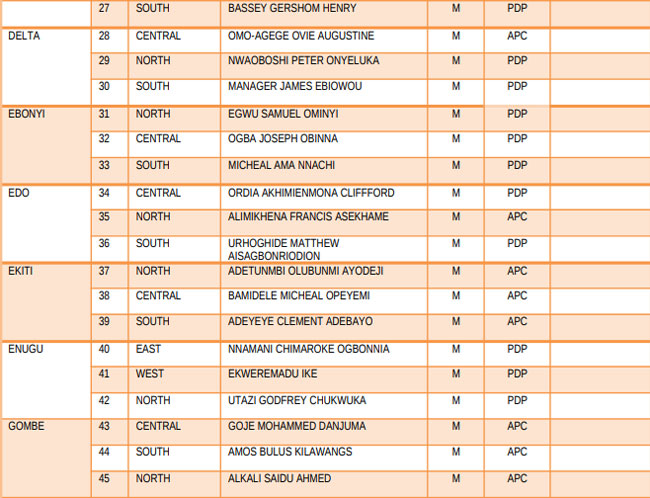 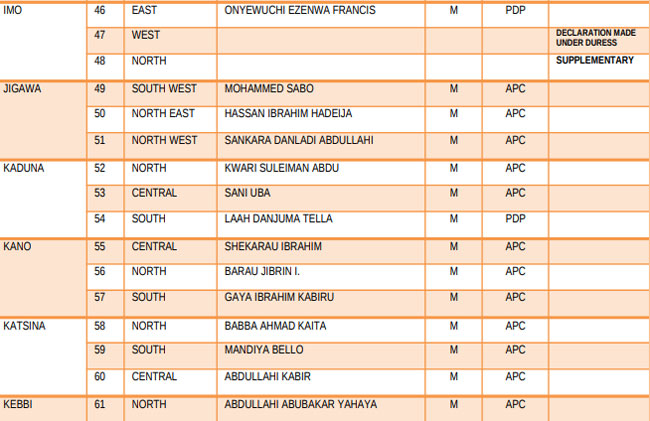 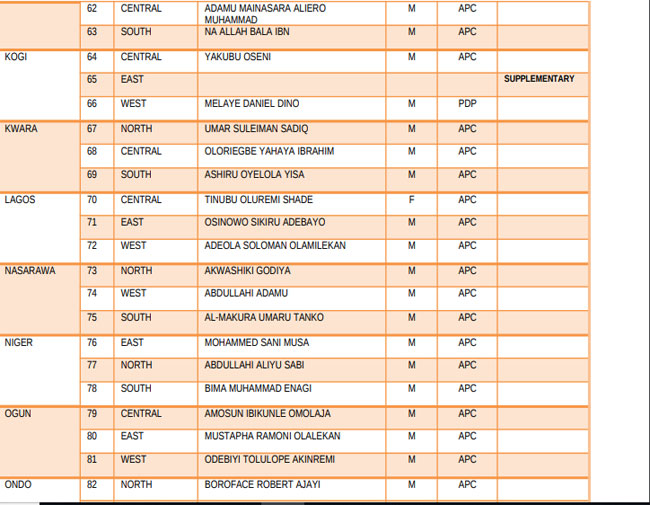 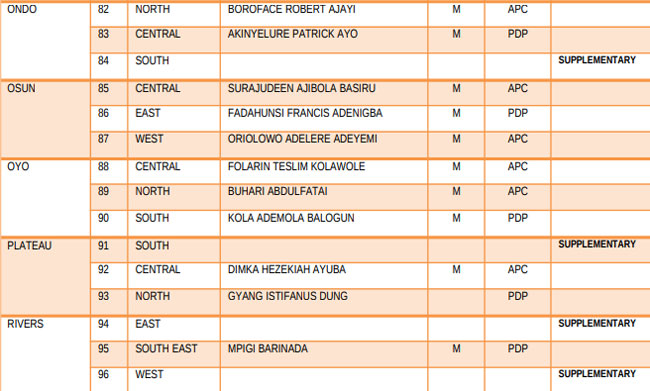 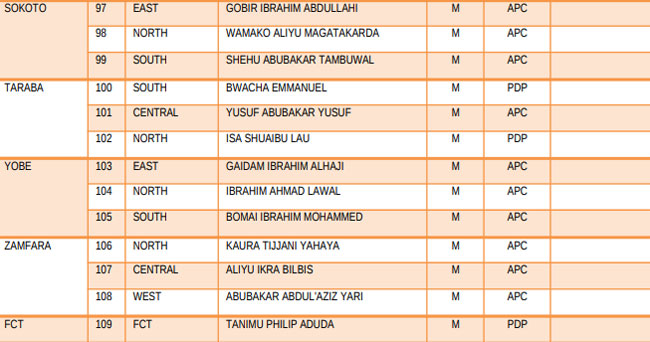